Extended Reality (XR) is a catchall term that refers to all computer-generated real and virtual environments. It is divided into three categories: Augmented Reality (AR), Virtual Reality (VR), and Mixed Reality (MR). All immersive technologies enhance our perception of reality by blending the real and virtual worlds into a fully immersive experience. According to the study, more than 60% of respondents believe XR will become mainstream in the next five years. By 2026, the market for Extended Reality (XR) will have grown from 33 billion dollars to 125.2 billion dollars. This means that users will get an immense amount of experience while sitting on their couch at home, users can imagine themselves walking on the moon or diving into the deep sea.

AR enhances our perception of the real world by superimposing computer-generated information on top of what we see. This technology is now widely used in smartphone augmented reality apps that require the user to hold their phone in front of them. The app can display contextual information or deliver gaming and social experiences that appear to be rooted in the real world by taking the image from the camera and processing it in real-time.

While smartphone augmented reality has come a long way in the last decade, its applications are still limited. These days, wearable smart glasses are increasingly being used to deliver a more holistic AR experience. These devices must combine an ultra-low-power processor with multiple sensors, including depth perception and tracking, all in a light and comfortable form factor that can be worn for long periods of time.

While Google Glass was the first device to demonstrate this category in 2012, the technology required to deliver a long-term solution is maturing, but more progress is still needed. However, Microsoft HoloLens 2 is already demonstrating how useful AR can be in the workplace in enterprise and industrial applications.

Meanwhile, in 2021, a number of new smart glasses models are expected to hit the market, including Snap’s Spectacle smart glasses, Lenovo’s ThinkReality A3, and Vuzix’s Next-Gen Smart Glass.

A user’s view is completely replaced by VR, which immerses them in a computer-generated virtual environment. This type of XR technology has been around for a while, with improvements over time. It’s primarily used for entertainment purposes, such as gaming, concerts, movies, or sports, but it’s also making inroads into the social realm. Virtual reality is also used in training, education, and healthcare, such as rehabilitation. The focus of VR technology is often on high-quality video and rendering, as well as ultra-low latency, to make these experiences possible (and also seamless) for the end-user.

As the real and virtual worlds merges, MR falls somewhere between AR and VR. This type of XR technology can be used in three different ways. The first is via a smartphone or AR wearable device that superimposes virtual objects and characters onto real-world settings, or vice versa.

The Pokémon Go mobile game, which debuted in 2016, uses a smartphone camera to overlay virtual Pokémon in real-world environments (this was also demonstrated on a HoloLens 2 as shown at Microsoft Ignite 2021). This game is often hailed as a game that revolutionises augmented reality, but it’s actually a great example of mixed reality (MR), which combines real-world environments with computer-generated objects. Mixed reality is also being used to superimpose virtual reality real-world players into video games, bringing real-world personalities to game streaming platforms like Twitch and YouTube.

Mindfulness and meditation have been shown to have a positive impact on overall health and well-being. As a result, a slew of meditation apps has popped up to assist people in meditating and de-stressing, many of which use soothing sounds and guided instructions. Some of these solutions now include virtual reality (VR) to make guided meditations even more immersive.

One such app is Guided Meditation VR. It includes over 100 pre-made meditations in stunning virtual environments such as a beach, a secluded forest, and even the top of a mountain. Meanwhile, soothing audio instructions lead you through a variety of breathing exercises. If you’ve struggled with meditation because you can’t tune out the outside world, putting on a virtual reality headset and using a virtual reality meditation app could help you literally block out everything. I can definitely see the advantages of this.

2. Effective visualisation of data through XR

Now let’s look at an example of augmented reality. AR is ideal for visualising medical information because it overlays digital images and information onto a real-world view. For example, overlaying anatomical data onto a patient in real life. This can aid clinicians in performing procedures more quickly and accurately.

Smartphones have improved their ability to process augmented reality (AR) content over the last ten years. As a result, brands have discovered a wide range of applications for AR. Nintendo’s massively popular Pokemon Go game, which debuted in 2016, is widely credited with bringing AR into the mainstream.

Many large retailers are now experimenting with AR and other forms of XR to improve shopping experiences. IKEA was one of the first retailers to embrace this technology, releasing the IKEA Place app in 2017 to allow customers to visualise furniture in their homes before purchasing it.

Luxury brands have jumped on board as well. In July 2020, for example, Gucci partnered with Snapchat to allow potential buyers to virtually try on shoes. Users could then “buy” the shoes or simply share photos of them “at their feet” with their social media followers. A strategy designed to not only mitigate the impact of lower foot traffic in stores since Covid-19, but also to engage Gen-Z buyers in the future.

Extended reality can improve the emotional value of a retail experience by allowing for more detailed storytelling. This was recently demonstrated by Louis Vuitton in its ready-to-wear Spring 2021 show, which combined virtual reality with a live stream of the catwalk. The goal was to give viewers in the audience and at home a rich emotional and artistic experience.

If we imagine a future in which high-street stores can safely remain open, XR has a place there as well. Businesses can use AR and holograms to not only provide a contactless experience for visitors, but also to leave a lasting impression and collect data on them.

Prior to COVID-19, most countries’ education sectors were lagging behind in adopting new technology due to a lack of funding and a fear of change. However, global educational technology investment increased to $4.5 billion in the first half of 2020, with much of it going to higher education. XR began to appear as a teaching modality for university-level curricula, alongside distance learning and Massive Open Online Courses (MOOCs).

Commercial surveillance systems are ineffective. Security personnel in control rooms may have access to multi-tiered maps that show information about the premises or camera locations. That information, however, is not available to all security officers. On-the-ground personnel who require that information the most must rely on their Security Operations Center colleagues. Maps are frequently inaccurate. Even if security officers deliver accurate information, there’s a good chance it will be misinterpreted.

Extended Reality has a wide range of applications and could be used in a variety of industries, including retail, real estate, marketing, training, entertainment, and more. The best UI UX design services can also use it. Technology has the potential to completely transform how we live our daily lives by altering our perception of reality. 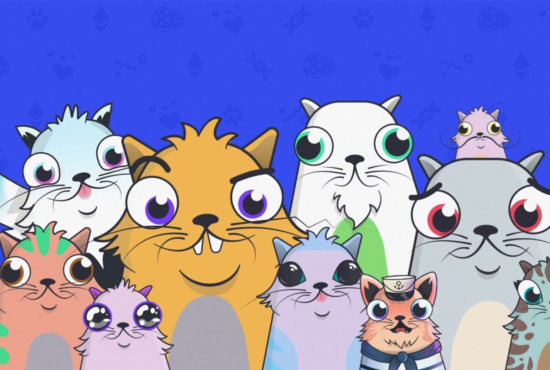