Does Digital Transformation cut out people?

We have seen many new developing technologies like cloud, apps, automation, artificial intelligence which are built to reduce human effort and to digitally transform the organisation. These technologies reduce the hectic tasks but every technology needs human intervention. Technologies can never replace people. What they rather do is augmenting the capabilities of people. So in order to achieve success in the long term, we should maintain a balance between technology and people so that they work together and the collaborative intelligence helps in achieving greater goals for the organisation. What if an organisation replaces people with technology? Will there be more profit? It’s an absolute no because in the short term it may or could improve the benefits of the organisation but when we consider long term there won’t be any future for this organisation.

Artificial intelligence is also dependent on people as it boosts the strength of people’s capabilities. In Artificial Intelligence, people should play some crucial roles that include training, illustration and preservation. You must have heard about training where training involves teaching machines how to perform the tasks they were assigned to do. Apple’s Siri, Amazon’s Alexa are some of the valuable donations in the field of artificial intelligence and these required human trainers to bring human touch and spirit in these devices and it was indeed a great achievement in this era. Illustration involves explaining the use and behaviour of these machines to the users. Lastly, we have assistance which involves sustaining Artificial Intelligence. It ensures that AI is working properly and also ensures the safety of the people. It makes sure that AI does not harm humans in any way. Organisations could earn benefits from this collaboration and must understand how machines and humans can augment the strengths of each other.

An organisation should invest more on people

Humans can connect with humans better than any machines. They understand emotions, feelings and have the ability to think and thus could understand the queries of customers and could interact with clients in an efficient manner. Moreover, people possess different talents which could be an asset and provide a lively feeling for the organisation. People have emotions and thus their commitment towards the company creates loyal employees. Most of the organisations require skills and smart working strategies which most of the technologies do not possess. These scenarios force the organisation to invest more in human capital. Organisations should mould the capabilities of the people so that they could fit in with the needs of the organisation.

Moreover, digital transformation involves continuous changes and humans should be able to adapt to these changes. So the organisation should ensure that people are given enough time and knowledge so that they can cope up with the changes.

Do you value your employees?

Answer their queries. Let them make decisions. Listen to their perspectives. They need their hard work to be recognised and feel that they have brought success to the company. Explain the project and the goals that need to be fulfilled and make them a part of this mission and make them understand what role they play in this. People consider these things more than money.

So people are an important and inevitable part of any organisation. Even if technology reaches the extreme heights where there are millions of robots, you can’t ever replace the human spirit and their intelligence. It’s always the most necessary or unavoidable part of the organisation. By giving them a voice in your organisation, moulding their capabilities in the right manner and enhancing more communication with them can lead the company to greater heights. 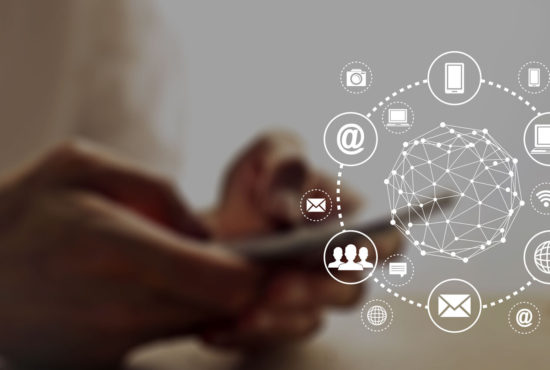