When it comes to conversational design in technology, it’s critical to grasp some of the foundations of conversation design, which is becoming increasingly popular. Sure, we could discuss sophisticated psychological ideas that can be used in conversational interface design, but for now, we’ll stick to the fundamentals. It’s critical that we all start applying these concepts correctly so that those billions of people may at least have a positive and human-centric experience. Humans and AI must learn to interact with one another if they are to live and work together. Conversation designers can help with this by building trust between humans and artificial intelligence. When you consider all of the technological advancements in the industry today, you can see that conversation design is going to be a big task in the future, especially with the Internet of Things (IoT) on the horizon.

What is conversational design?

A conversation designer’s job is similar to that of an architect in that they plan out what users can accomplish in a place while taking into account both the user’s wants and technology limits. They organise the discourse by outlining the flow and underlying logic in a thorough design specification that encompasses the whole user experience. To iterate on the designs and bring the experience to life, they collaborate with stakeholders and developers.

3 Pillars of a Conversational Design

Before we start writing our first dialogue, let’s look at three broad concepts that separate good discussions and dialogues.

Psychology of a conversation: The Cooperative Principle

Paul Grice was a British philosopher of language whose work had a significant impact on the study of semantics. To define how individuals connect with one another, he proposed the Cooperative Principle. He expressed the following principle:

“Make your contribution such as it is required, at the stage at which it occurs, by the accepted purpose or direction of the talk exchange in which you are engaged”.

The concept is named after the fact that listeners and speakers must work together and mutually accept one another in order to be understood in a certain way. It is not intended as a command, but rather as a description of people’s regular conversational behaviour. It effectively lays forth the core idea that what we say in talks advances the conversation’s goals.

In most cases, discussions require at least two individuals who contribute equally – linguistically known as turn-taking. We don’t worry about giving over the speaking position in natural interactions. After queries, speaking pauses, or filler words, we nearly always take over.

However, we must use this very deliberately while building the conversation in order to place the user in the role of the speaker. Typically, the person can only offer one response before the machine takes control. This type of dialogue assistance – brief responses from the user followed by an interpretation and response from the digital assistant – is especially difficult if the user was interrupted too soon or delivered a message improperly. Correction alternatives and “going back” must be considered in advance when designing a discussion.

We now know exactly what the user said even when using voice input, owing to Advanced Speech Recognition. However, deciphering what it signifies remains difficult. This interpretation is especially problematic since the conversation’s relative context must be considered.

It’s difficult since the same words might have various meanings in different situations. The term “tape” can refer to recording equipment, packing material, or the process of recording or gluing things together, for example. The setting is critical.

Due to the obvious popularity of talking among consumers, companies and marketers feel that communication is the greatest way to capture and captivate our ever-fleeting attention. They were not mistaken. The experience economy has created a need for more customised encounters and emotional connections with businesses, and the conversational approach has begun to win over customers all over the world. However, not just the meaning of words, but also the meaning of complete utterances, is context-sensitive, that is, reliant on the user’s surroundings or circumstance. This is why, in conversational design, it’s critical to construct conversations and logic processes that are as near to the user’s reality as feasible.

If you believe that implementing a conversational chatbot for your company is a massive effort, you are correct. Yes, it is.

Chatbots are still one of the most popular use cases for Cx Designers, as the chat medium has shown to be a reliable tool for organisations to generate more leads and save support expenses by automating customer success and sales dialogues. Due to the obvious popularity of talking among consumers, companies and marketers feel that communication is the greatest way to capture and captivate our ever-fleeting attention. They were not mistaken. The experience economy has created a need for more customised encounters and emotional connections with businesses, and the conversational approach has begun to win over customers all over the world.

Allow our Professional Services team to serve as your experienced guide to conversational design and assist you in reaching the pinnacle of conversational chatbots.

Should We Use Microservices? 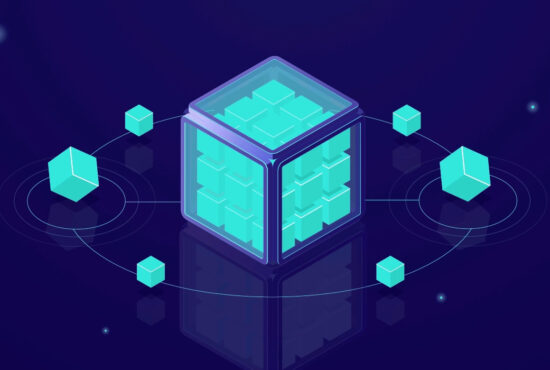