Learn about AI and its effect on the job market

Artificial intelligence is currently one of the most researched and sought-after topics on the planet. The pattern and history of online searches clearly show that AI is not a recent development; it has been around for over 70 years. But what makes it different is that we now have a cost-effective way to store, transfer, and compute massive amounts of data in ways that were previously not possible. One of AI’s most significant advantages, according to many experts of the World Economic Forum, is its ability to relieve people of tiresome repetitive duties that are part of their overall responsibilities, allowing them to focus on more difficult and rewarding projects — or simply take some much-needed time off. As a result, fresh research is being undertaken every day, and new thought experiments and ideas on how to construct stronger AI to service people’s lives are emerging every day.

So what does this signify? It means that there is going to be a paradigm shift towards  “jobs of tomorrow”. Hence, instead of a software engineer there would be more in need of an automation engineer. The jobs do not change, but the style of requirement would. Hence, more jobs with higher specialisation would be of rise rather than jobs that require menial skills.

Data is an asset to businesses, but only if it is processed effectively. In today’s digital era, data engineering, data science, and artificial intelligence are trendy technologies that are widely spoken about. Human perceptions of problems have changed as a result of these technological advancements. Big volumes of data are used in today’s enterprises, and traditional business intelligence techniques fall short when processing large amounts of data at once. This is where data science advancements come into play by offering more sophisticated capabilities for handling vast volumes of unstructured data. Financial logs, multimedia files, marketing forms, sensor data, text files, etc. stores valuable data.

Machine learning is an application or subset of AI that allows machines to learn from data without being explicitly programmed. AI is a larger concept that aims to create intelligent machines that can simulate human thinking capability and behavior. Machine learning is focused on allowing a machine to learn/decide and improve its performance, whereas artificial intelligence is concerned with generating intelligent devices/computers.

As automation, artificial intelligence (AI), and other technologies become more widely used, the role of humans in the economy is expected to decline drastically, resulting in the loss of millions of jobs. Furthermore, COVID-19 enhanced this impact in 2020, which will most likely promote digitalization in some industries and maybe establish it permanently. This might have an impact on a country’s full-time equivalent (FTE) workforce, as well as the number of college graduates, retirement, mortality, and migration rates. For both supply and demand, this comprises standardized job taxonomy at the granular level.

What does this mean? It means that posts like software engineers and data analysts, as well as technological job requirements like cloud computing, mobile application development, software testing, and artificial intelligence, are in high demand across all industries and locations. However, a number of highly “automatable” jobs are among the top ten most falling occupations, i.e., those with the lowest percentage of hiring. Administrative assistants, customer service representatives, accountants, and electrical/mechanical specialists are among the vocations that rely on repetitive duties. By 2025, it’s expected that the quantity of work done by machines will have increased from 29% to over 50%, but this rapid change will be accompanied by new labor-market needs that may result in more jobs, rather than fewer. These forecasts “[offer] causes for both excitement and caution,” according to the reports of the World Economic Forum.

According to recent research by World Economic Forum on the future of jobs, AI is more of an optimizer than it is intelligent in the sense that we think of humans as intelligent, based on the current state-of-the-art. Human intelligence includes inference, planning, and cross-domain knowledge, as well as common sense and the ability to debate, as well as self-awareness and compassion. The most important feature is that the internet behemoths are clearly winning, with Google coming in first, Facebook coming in second, and China’s Baidu $0.10 Alibaba coming in third in terms of the revenue generated. These users have the most data, which is what AI runs on. By gathering so much data, AI’s user base expands, allowing them to earn more money, which in turn allows them to hire more scientists, who in turn buy more machines, and so on. With the advent of the pandemic, things have shifted even further. Workers are facing a ‘double-disruption’ scenario as a result of automation and the COVID-19 recession. By 2025, technological adoption by businesses will transform tasks, jobs, and skills, in addition to the current disruption caused by pandemic-induced lockdowns and economic contraction. It’s critical that we think about how to retrain displaced people, how to educate our children and future generations about how to avoid becoming displaced, and how to change society’s values, all of which require more human compassion. Especially in the times of work-from-home culture. 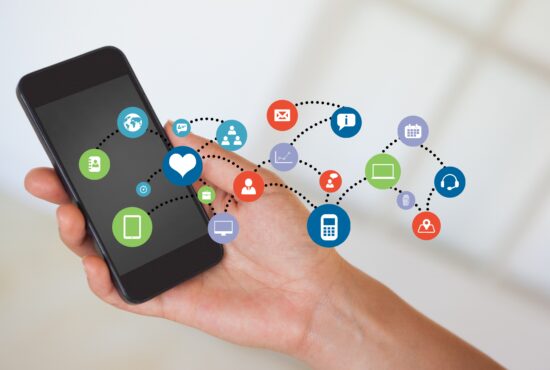